One day during the summer of 2022, I walked into the main branch of the Seattle Public Library and asked a reference librarian for a general reference focusing on politics in either Seattle or Washington State in general. She checked her computer and told me they didn’t have anything. 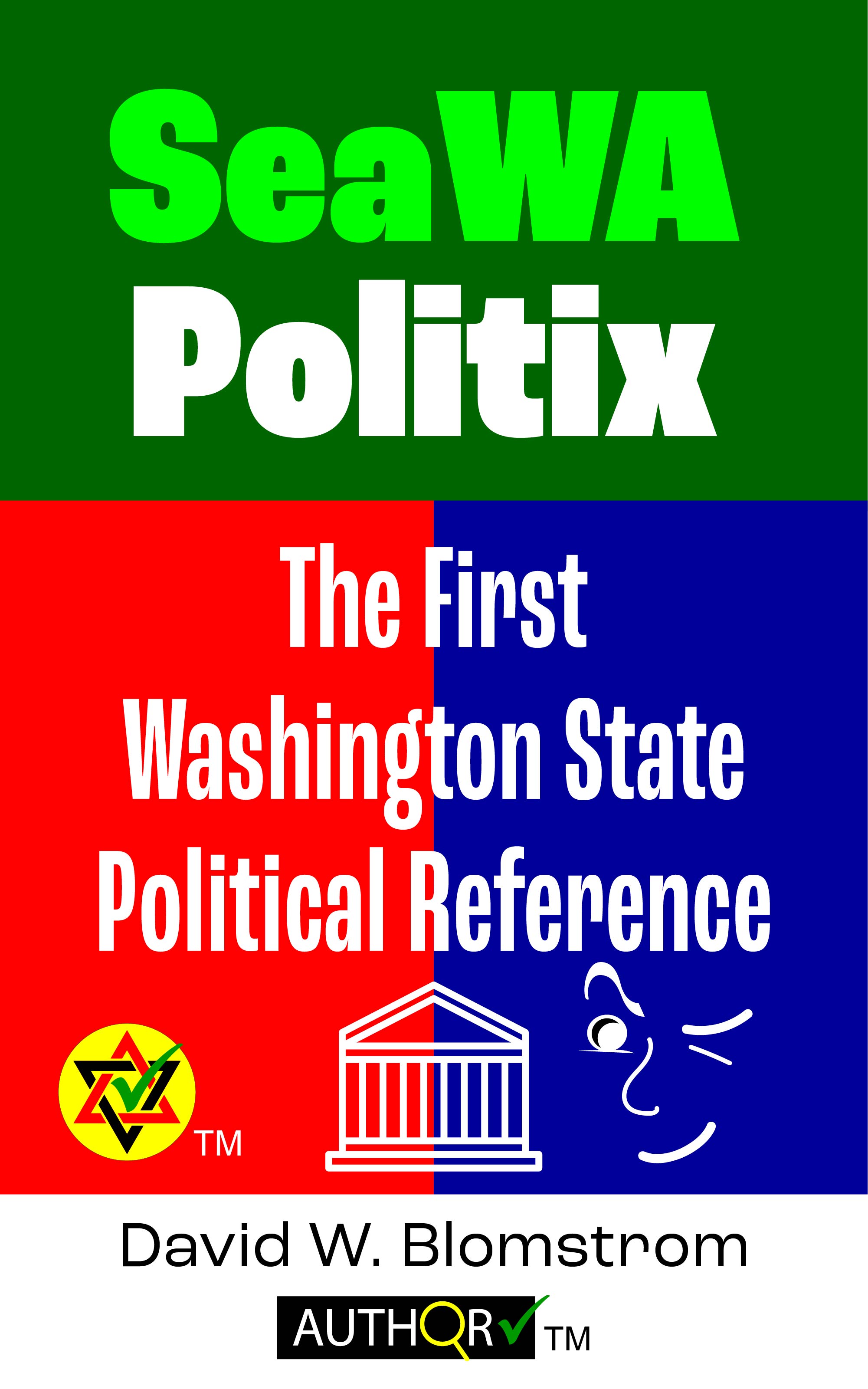 Let that sink in. Politics is a major part of life. It makes daily headlines. Moreover, Seattle is the de facto capital of Washington State as well as the biggest city in the U.S. portion of the Pacific Northwest. How is it even possible that no one has ever written a general political reference focusing on Seattle?

And so a man who claims to be Seattle’s only political activist is about to publish the first general political reference focusing on Washington State—something all of Washington’s Democrats, Republicans, Seattle liberals and progressives, media and phony activists combined have never accomplished. Remember, it ain’t bragging if it’s true.

So what is SeaWA Politix?

First, the book focuses not just on government but on the broader spectrum of politics. It includes information about the corporations and super rich people who control government, along with political parties, law firms, the media, political organizations and much more. (I coined the term politix to describe this broader spectrum, which includes traditional politics.)

You can think of SeaWA Politix as three books in one.

The foundation consists of a series of simple factual articles, the kind of articles you might find on Wikipedia but more polished…and far more truthful.

If you aren’t aware of it, Wikipedia is a major propaganda site. For example, Wikipedia describes the most disgusting people, from Bill Gates to convicted criminals like Bernie Madoff, as “philanthropists.” You’ll find little mention of former Governor Gary Locke’s countless scandals in Wikipedia’s article about Locke.

After laying down the foundation, I began working on the second phase, gathering information about the corruption Wikipedia and other sources like to ignore.

There’s an avalanche of information about political-corporate scandals scattered across the Internet. However, it’s typically not very detailed, nor is it common knowledge. You might describe it as buried in the Internet. I’ve simply added some details and put it back on the front page.

The third part of the book consists of original research, along with some personal theories and ideas. Having served as the #1 whistle-blower in the Seattle School District’s sleazy history and run for public office more than ten times, I have a lot of inside secrets to share.

No matter how much you think you know about politix, you can’t know it all. Even I can’t tell you all there is to know about the Seattle School District alone.

SeaWA Politix will probably be published in late 2023 or early 2024. Stay tuned.